Lately I’ve been asked to style a number of children’s parties. In order to personalize each event, I’ve sought help from a friend who is a truly talented graphic designer and owner of Beatific Clothing and Jah Screen.  Although his signature designs have a more urban vibe, his versatility as an artist has enabled him to create graphics that each kid (young and old) would be excited to sport.

Here’s a sample of his graphic eye candy:

Jah Screen provided all the custom shirts which make a perfect party favor since they can be used during and well after your event. For our Wii Tournament Party all the boys were given the same “Joshua, Sonic & Mario at the Olympic Games” shirt to participate.  It displays the name of the wii game (with the addition of the birthday celebrant of course!) and images of the more popular characters. 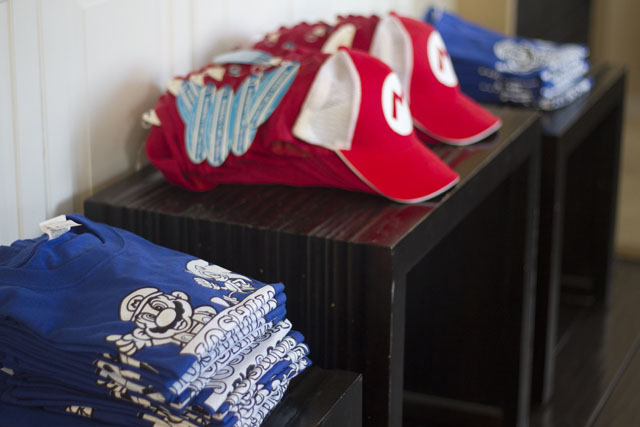 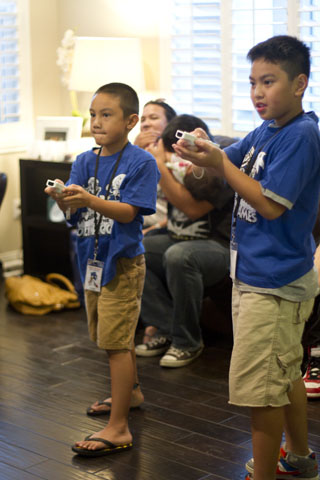 At the Under the Sea Party each shirt was adorned with a single sea horse and personalized with each girl’s name.  The girls were so excited to put these shirts on and flaunt them at our photobooth. 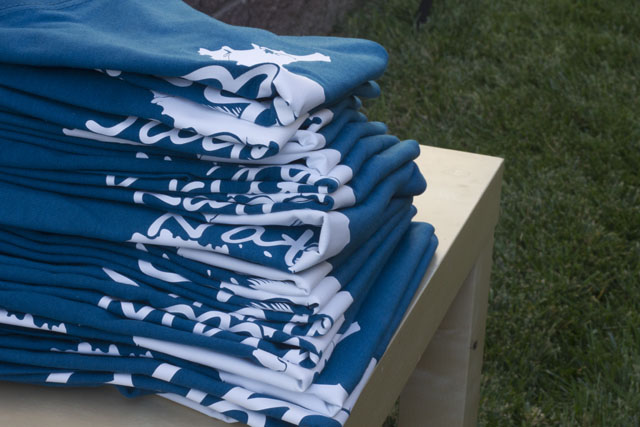 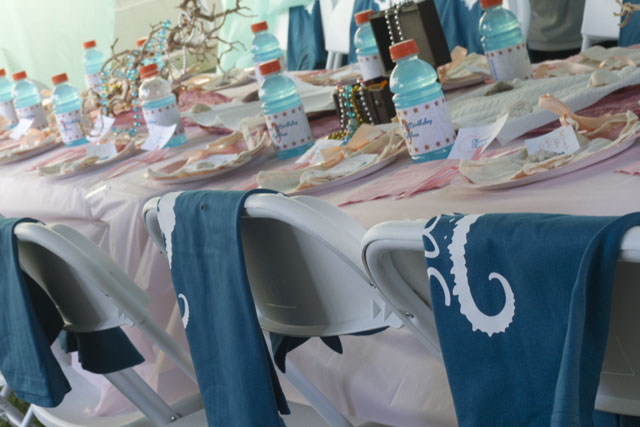 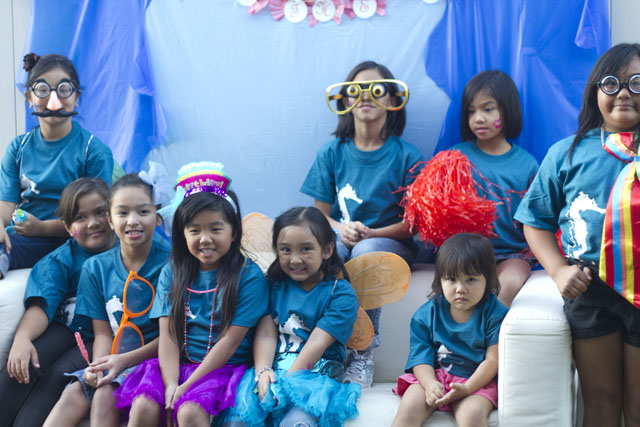 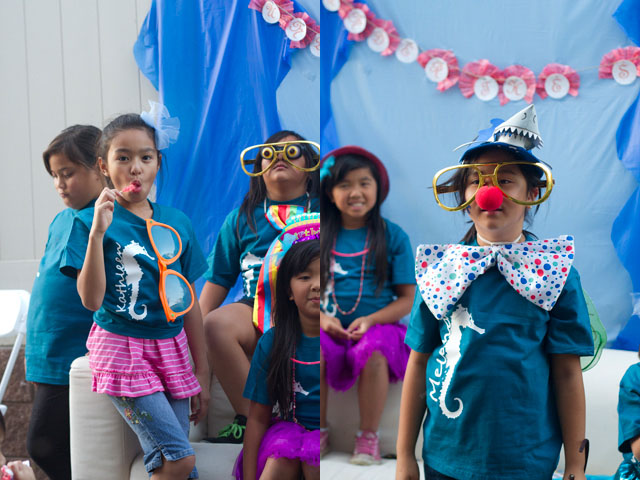 Hats are another great party favor that kids can enjoy after the party.  For the Wii Tournament Party we created Mario Hats as a consolation prize for all the boy’s that didn’t make it to the championships.  They looked like a bunch of mini Mario’s and the best part was how each kid brought their own style to wearing the hat: backwards, sideways, tilt, and traditionally. 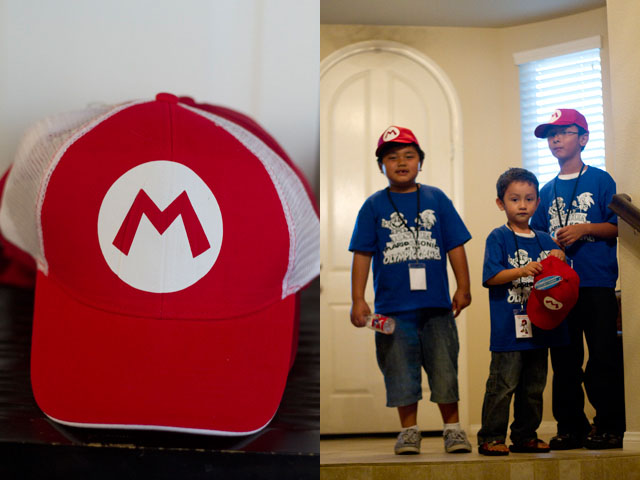 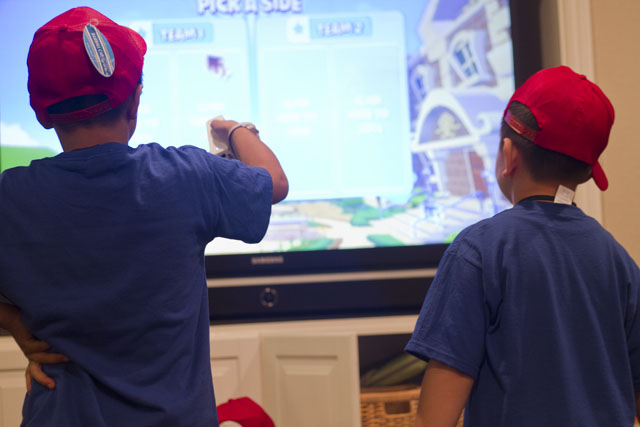 Impact Graphics printed our custom banners however Jan from Jah Screen created the actual designs.  What I love about banners is that they are so simple yet can make a powerful statement in any space.  The birthday celebrants were so thrilled with their birthday banners that they could not wait to hang them in their bedrooms after their party.

The first banner we designed for the Wii Tournament was “Joshua (birthday boy) Mario & Sonic at the Olympic Games“.  It was very similar to the shirt design however it had more detail with the placement of the stars.  We used this banner to distinguish the tournament area.  Unfortunately this is the only photo I managed to take.  When the kids saw it they could not wait to start playing. 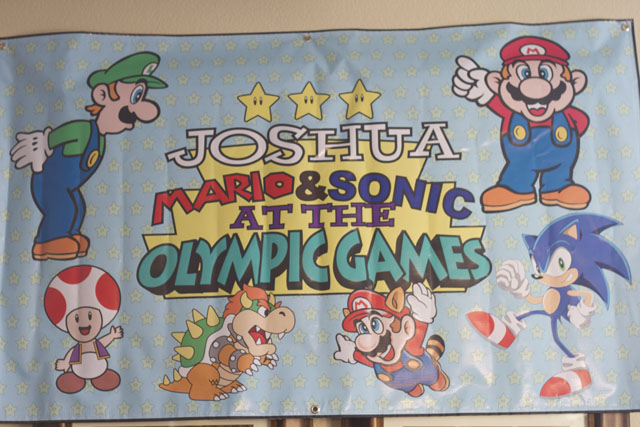 The second banner made was the “Power Station”.  This was placed in front of the dessert table to mark where the kids could refuel their energy (with sugar of course!) for the wii tournament.  It was a last minute decision that I’m glad we made because it was the perfect touch to the dessert table. 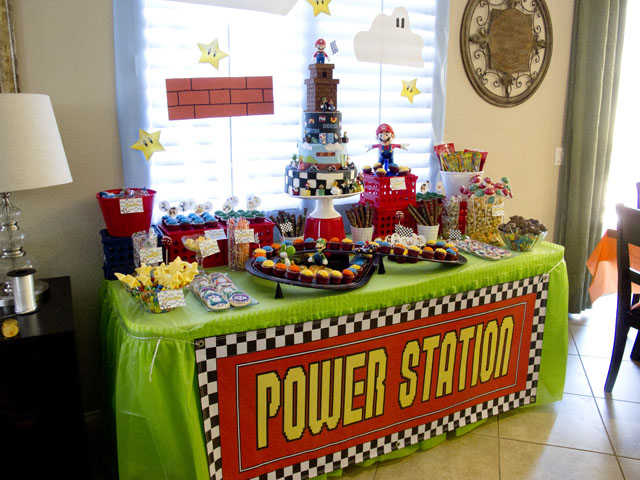 For our Dragon Ball Z Party we created a Photo Backdrop where guests could pretend they were Super Saiyan Goku.  Originally we wanted to have a photobooth where kids could put on an outfit topped with a saiyan wig and showcase their best Super Saiyan pose.  Unfortunately it was too difficult to: #1 find the wigs and #2 make wigs.  In the end, we requested a life-sized banner where the kids could make their best Saiyan faces instead.  Both the kids and adults had a blast with this activity and it doubled as a keepsake for the birthday celebrant. 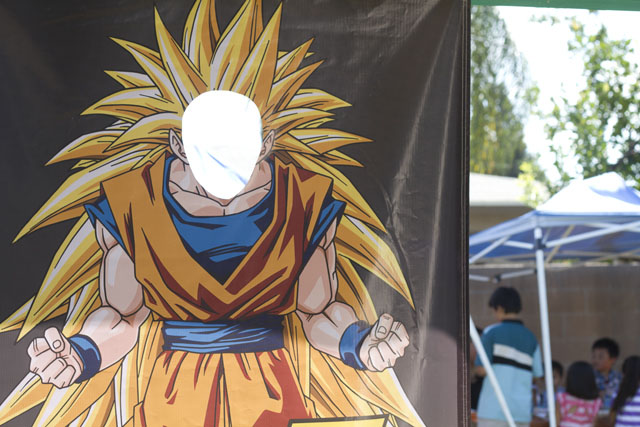 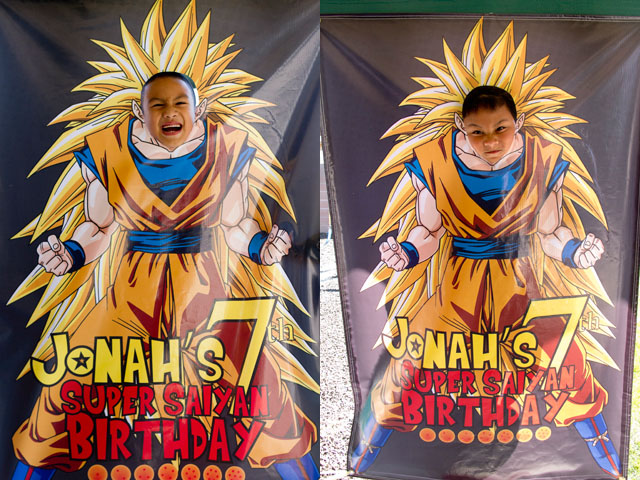 I hope these ideas were a source of inspiration for your next party.  If you would like to have your very own personalized shirts, hats, banners, etc, please contact: