With the release of another Dreamwork’s Madagascar Movie this year, it was only a matter of time before I received a request to design a Madagascar inspired dessert table.  Unlike the new movie, the celebrant’s parents wanted a Jungle inspired table instead of a Parisian Circus theme.  The colors were very earthy: green, blue, brown, and orange.  I decided to design party printables with a more childlike image of the Madagascar main characters since the celebrant was turning one!  I wanted the table to feel like a real jungle while also maintaining a childlike quality to it.  The printables became the bridge that united the two elements.

Our dessert selection was definitely kid friendly: cake pops, s’more brownies, cupcakes with fondant Madagascar toppers, mini chocolate trifles, Madagascar gummies, and colorful macarons.  Party favors were chocolate molds of the Madagascar characters and a tag that read, “Thanks for swinging by!”. The centerpiece of the table was the three-tiered animal print inspired birthday cake created by my favorite master cake designer, Abby of Piece of Cake. She truly did a phenomenal job! I loved the bold prints and the birthday celebrant’s name spelled out with fondant. The perfect detail was a Lion perched on top overlooking his kingdom. Feels a little like a scene from the Lion King.

While my styling was limited to the dessert table, the rest of the room was so beautifully decorated I had to snap some pictures for future reference.  Guest tables were adorned with inflatable animals. My favorite part was the kids tables placed in front of the desserts.  I think it adds a special touch to any event when there is a special place for the little ones. After all, it is a children’s party!!! 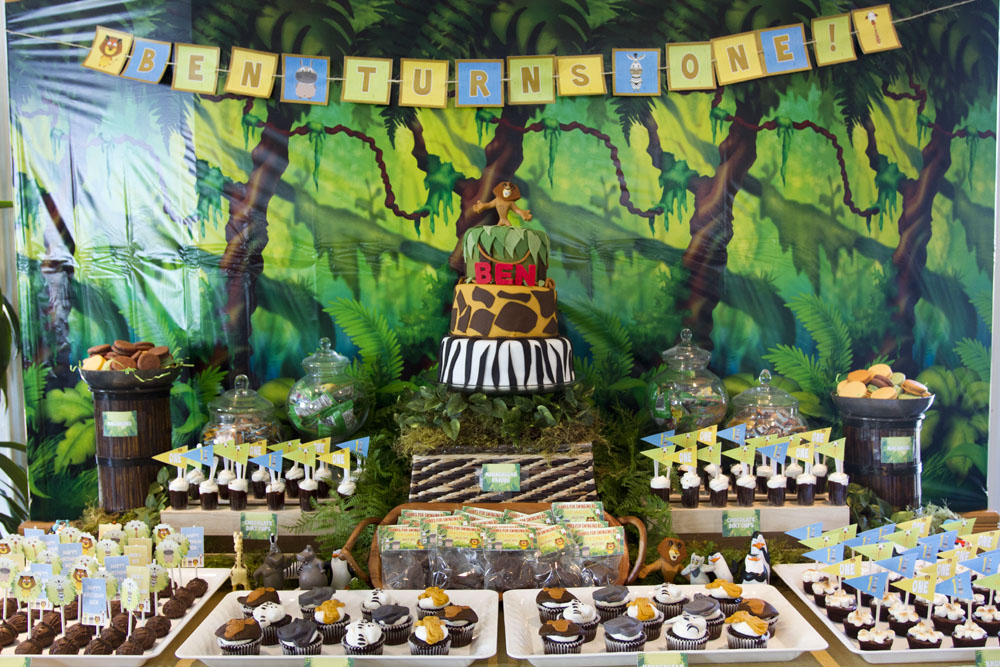 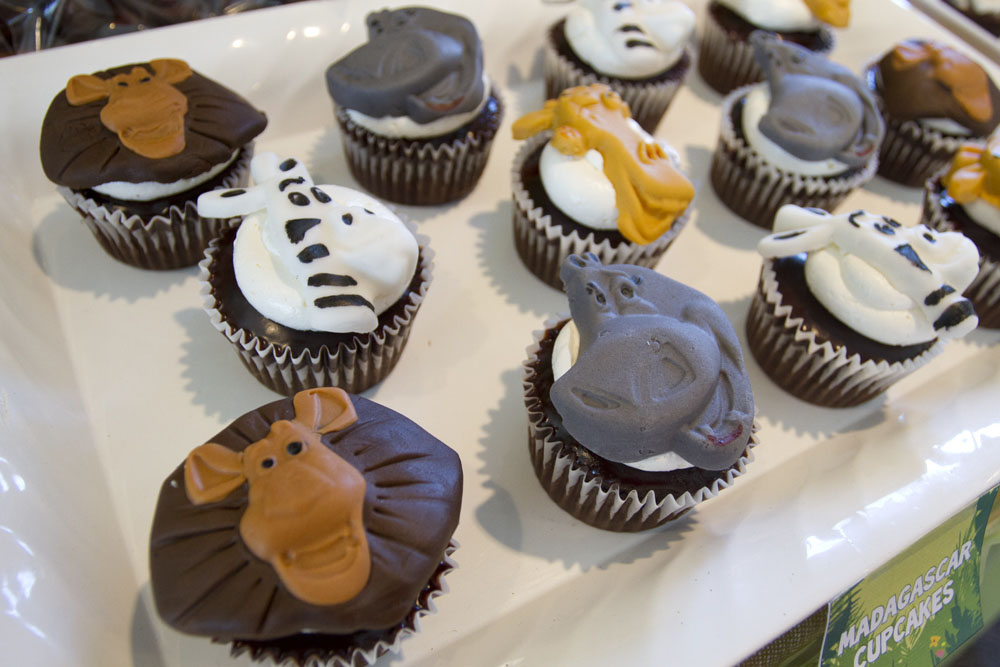 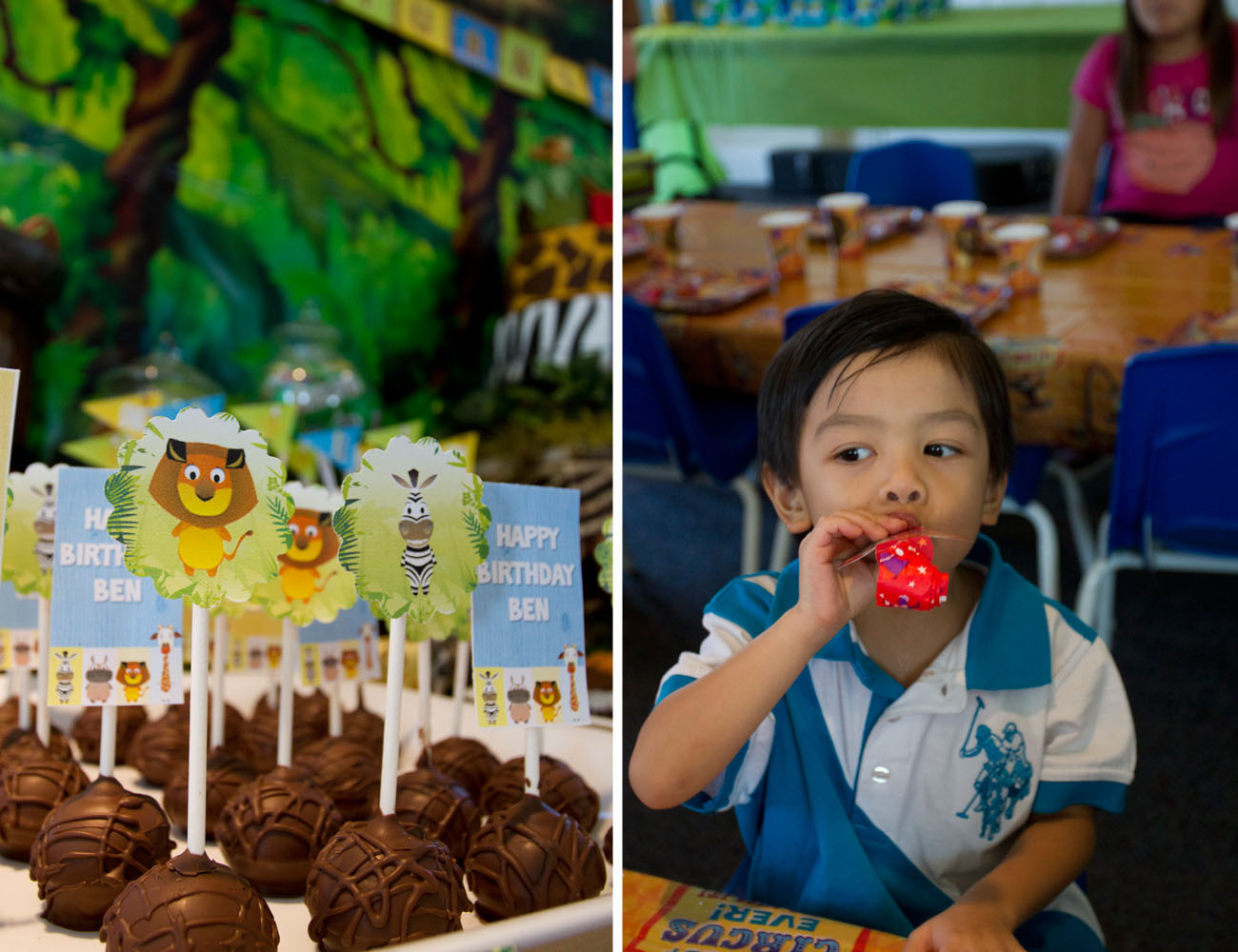 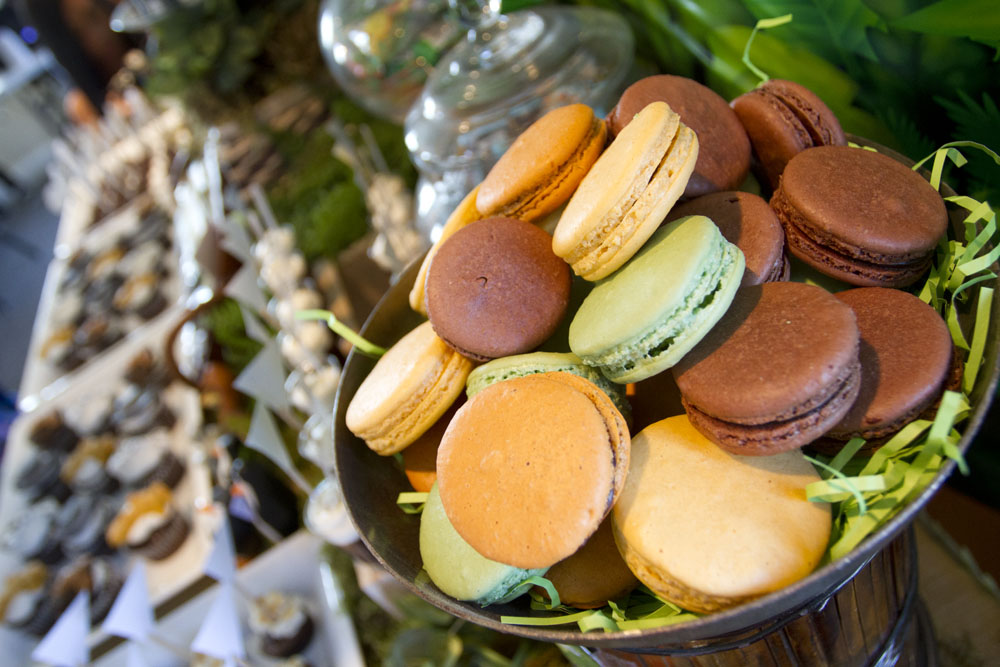 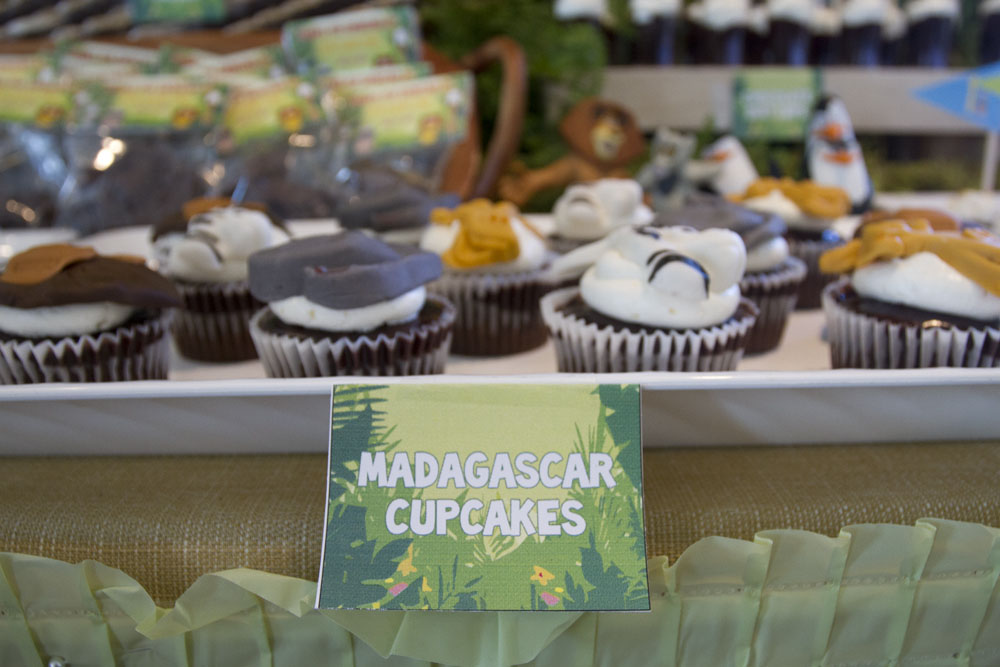 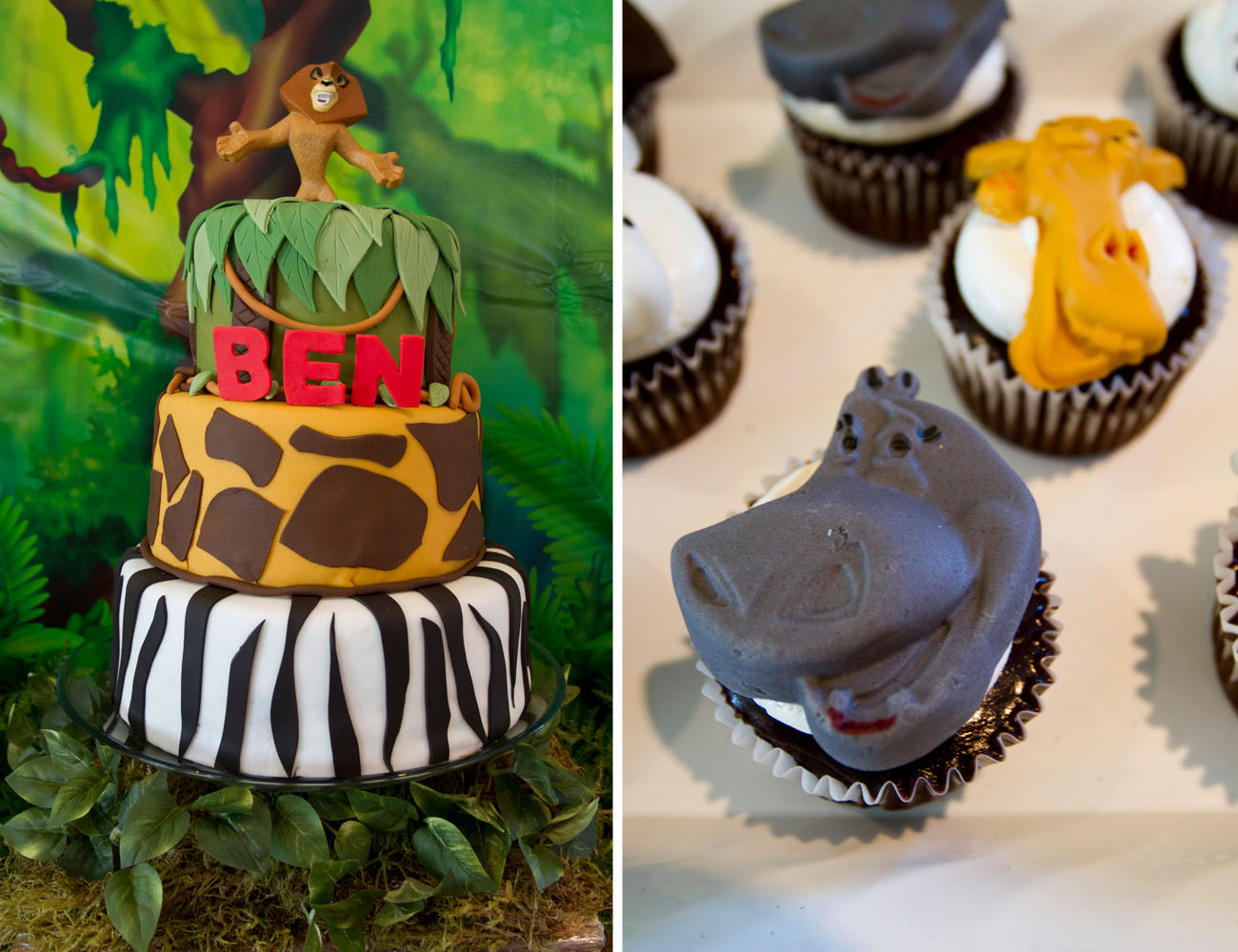 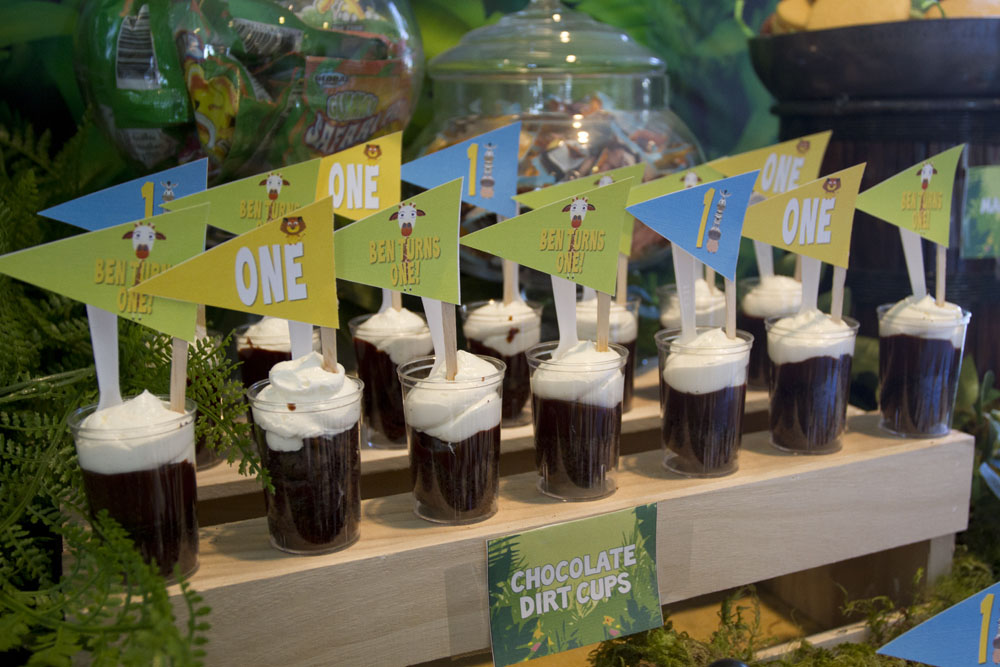 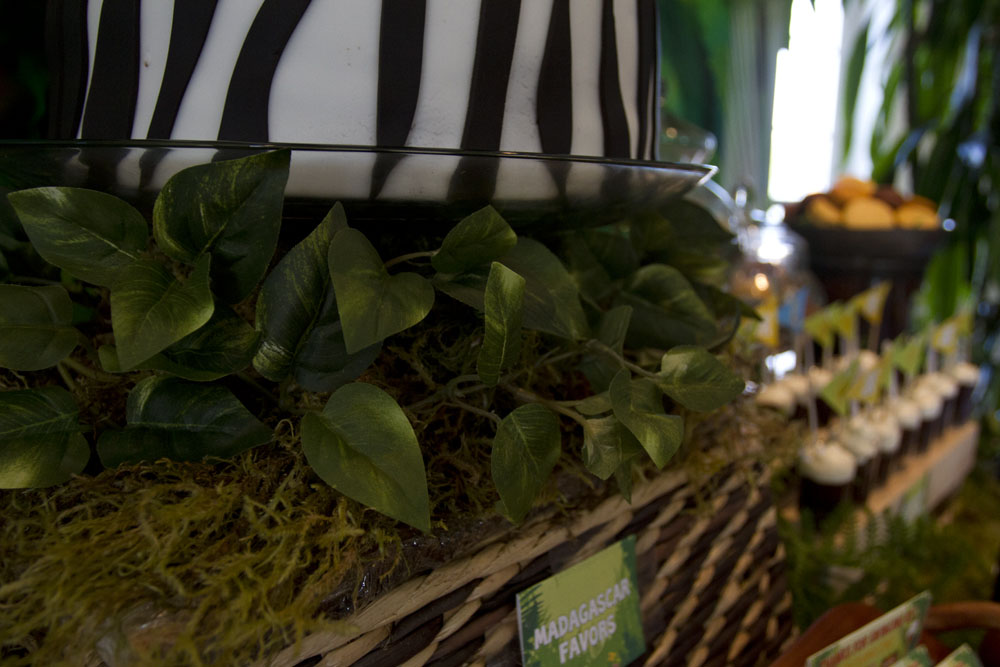 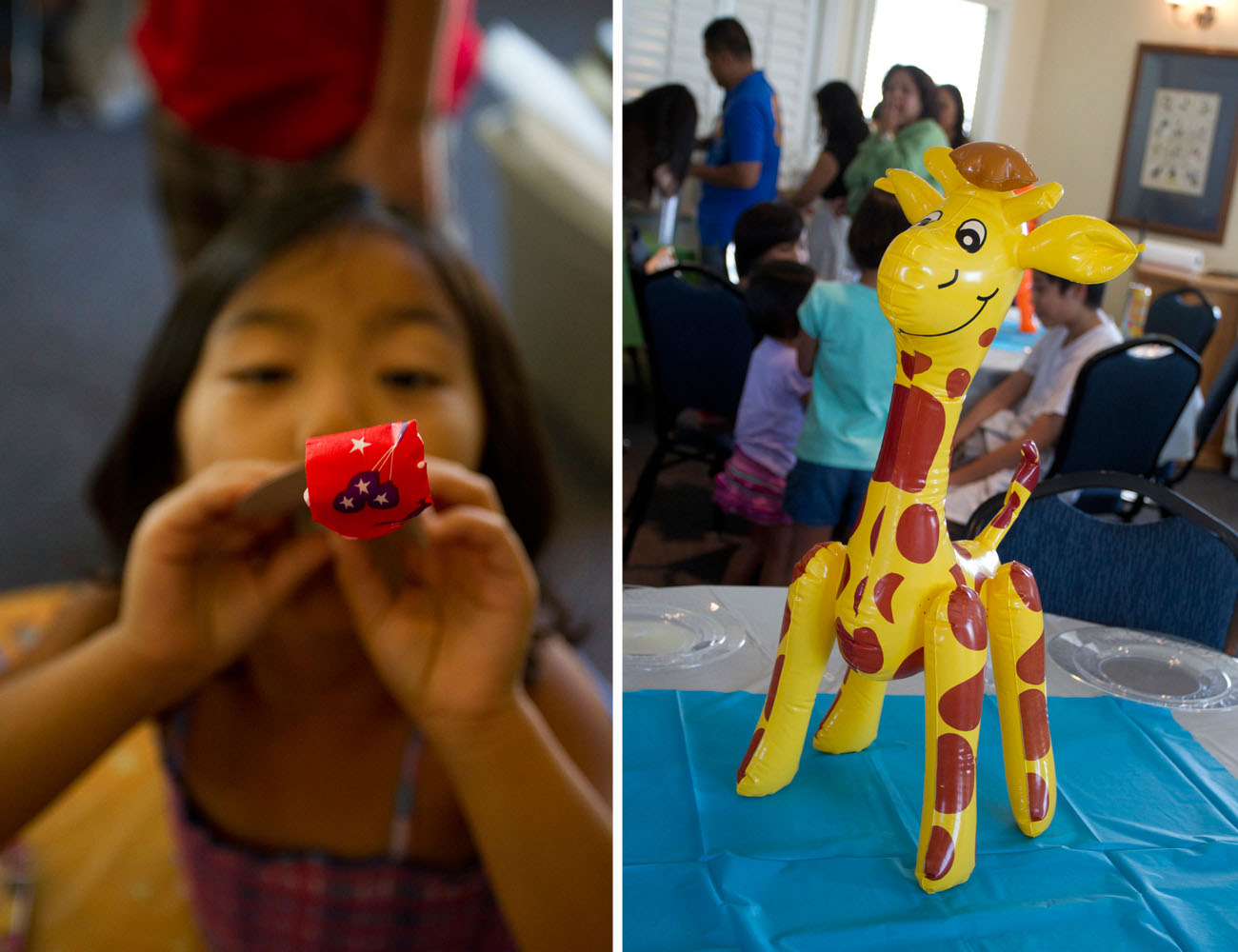 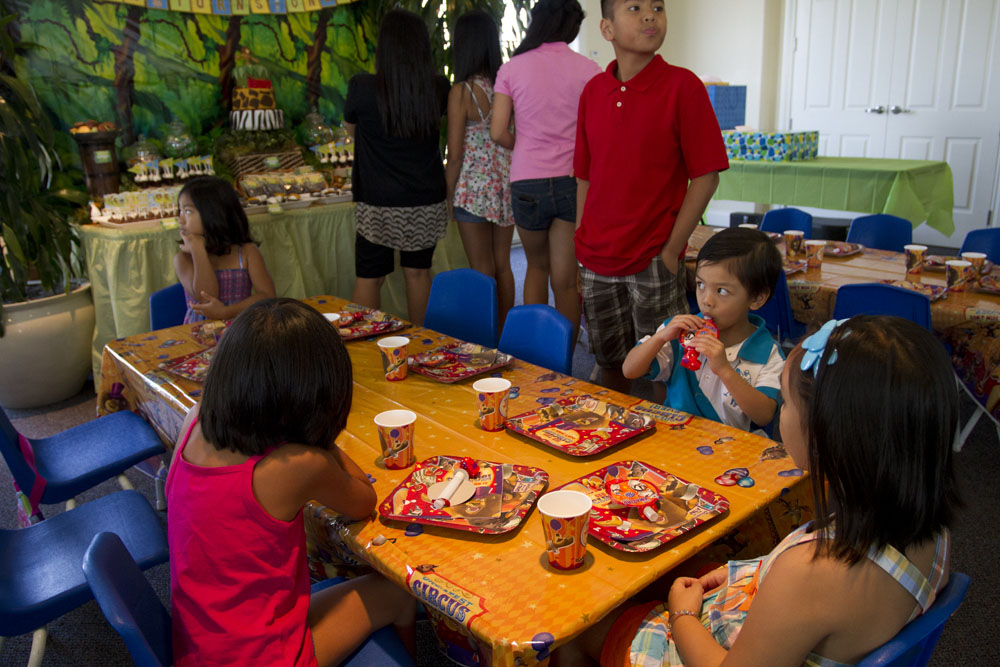 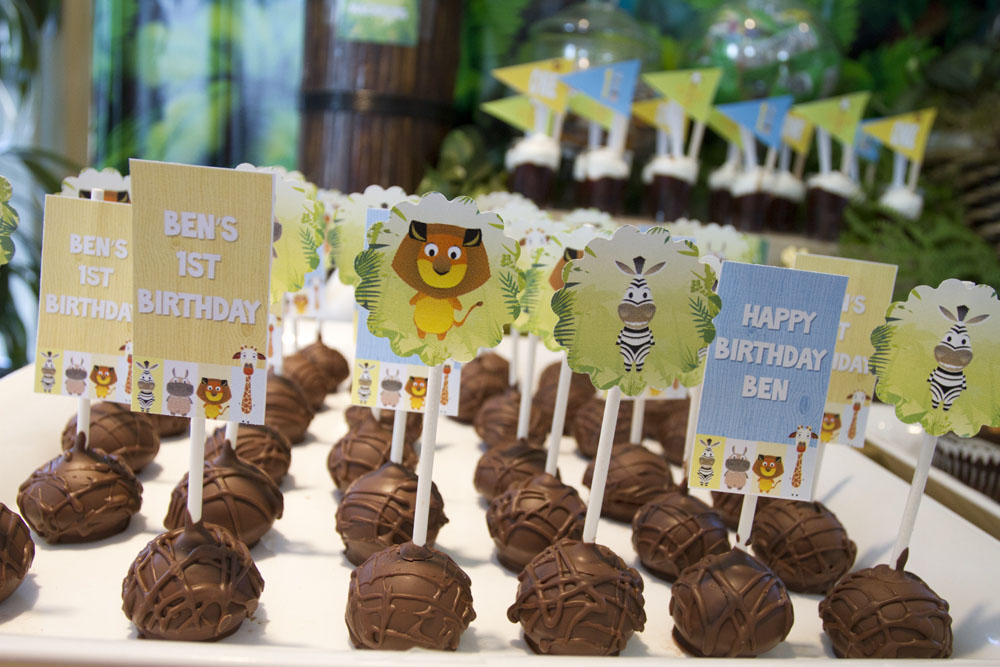 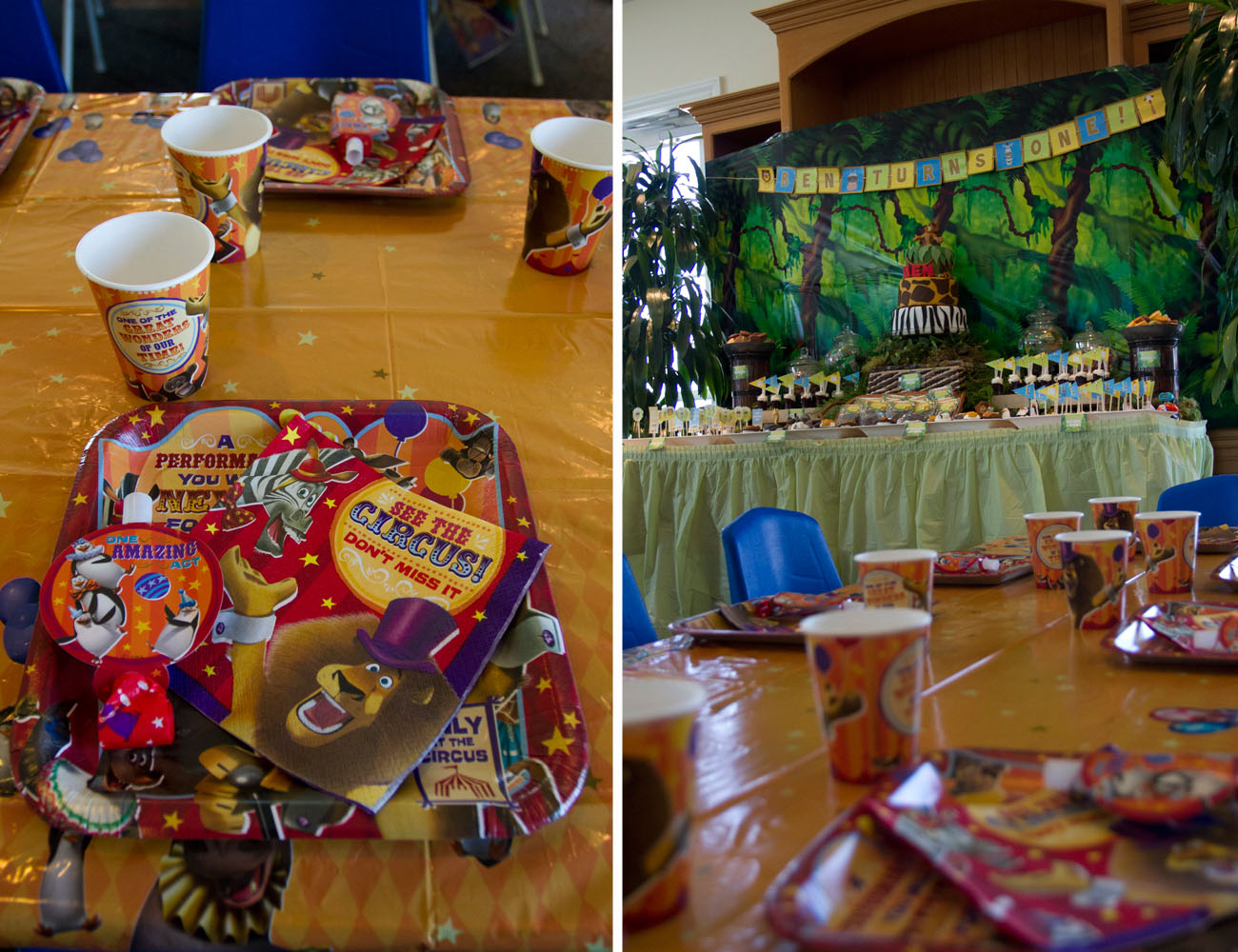 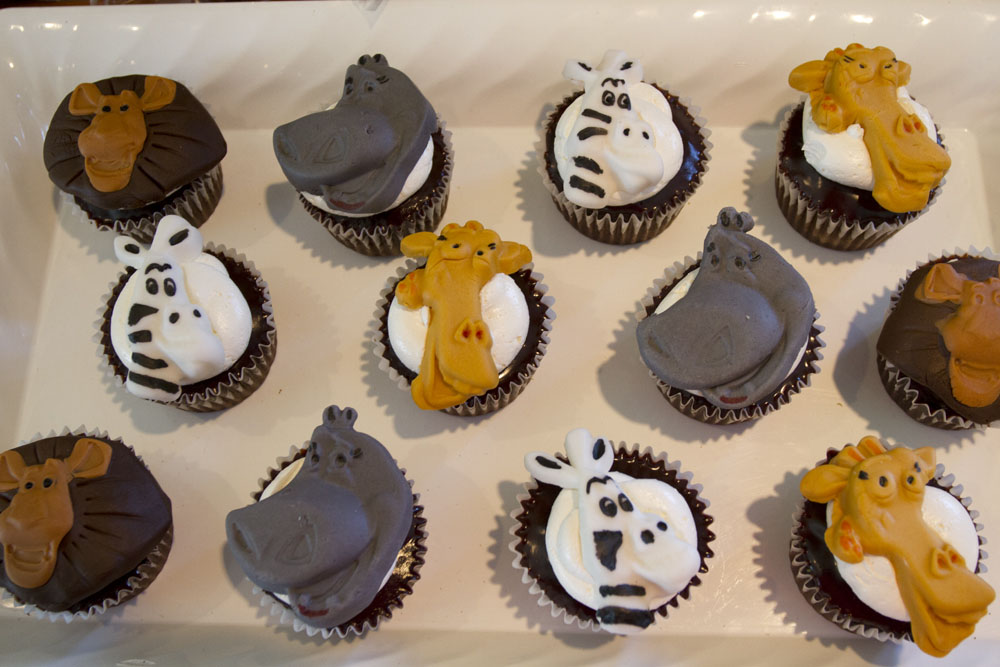 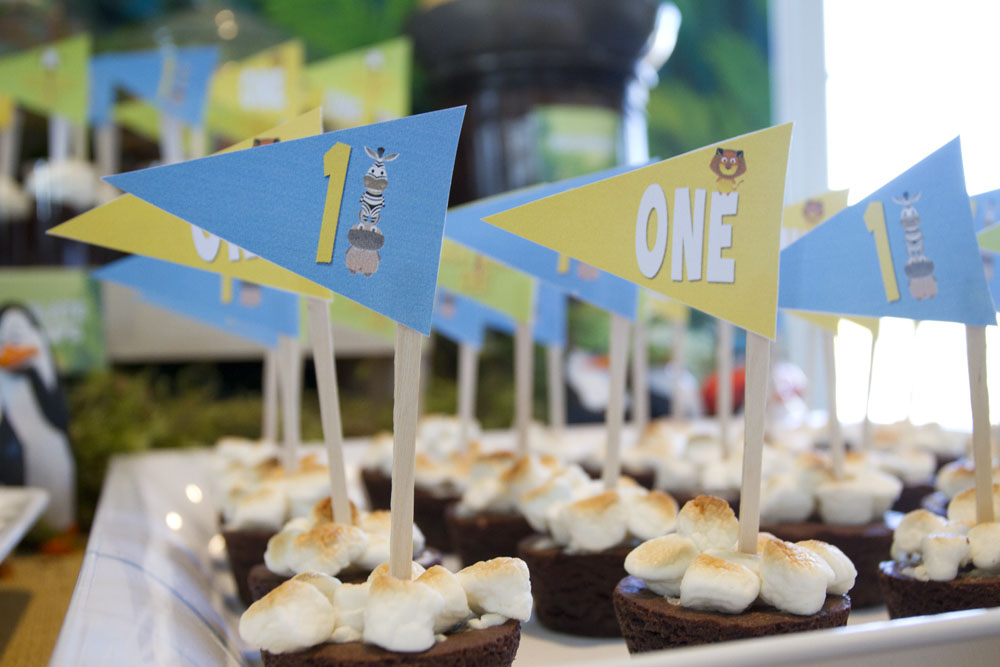 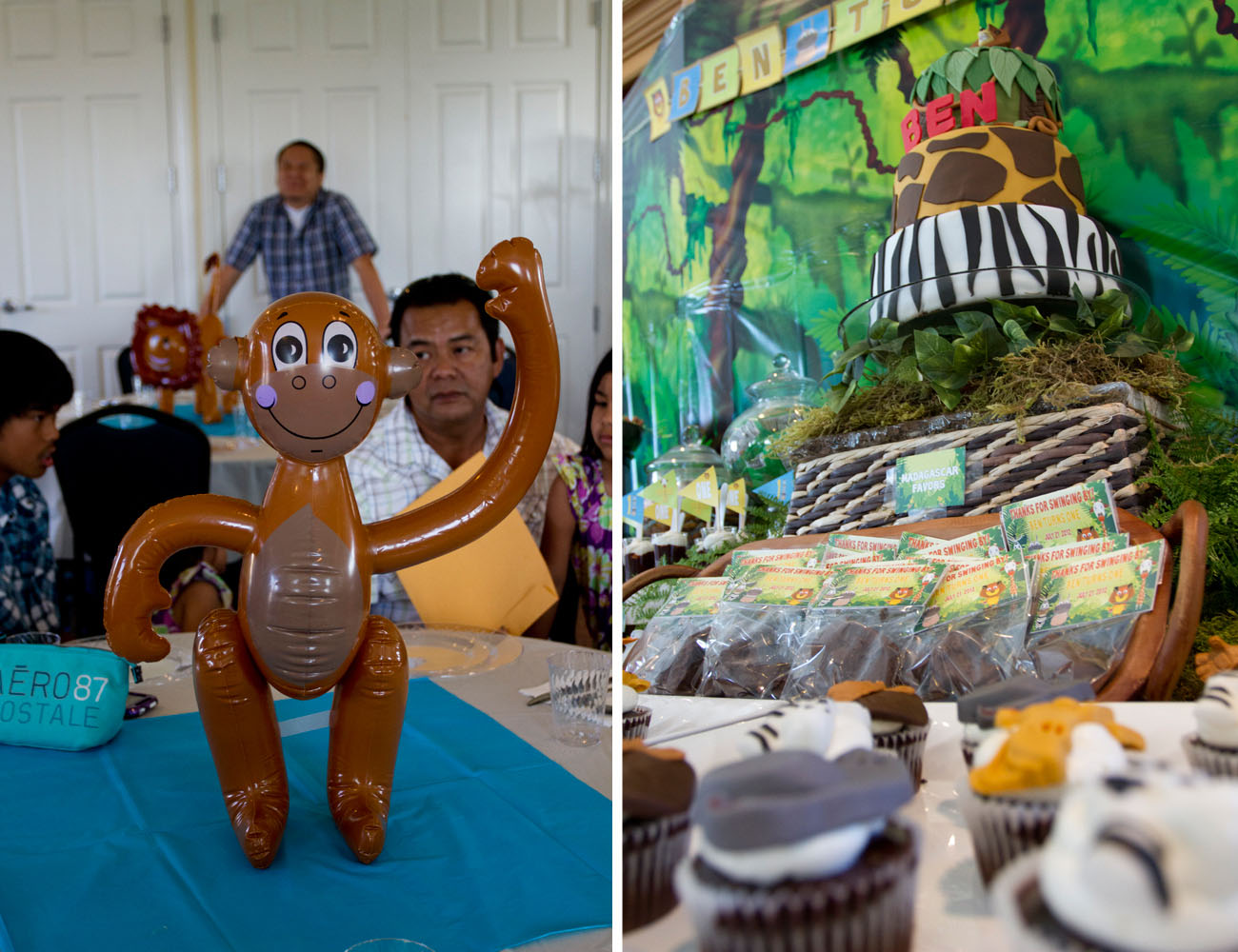 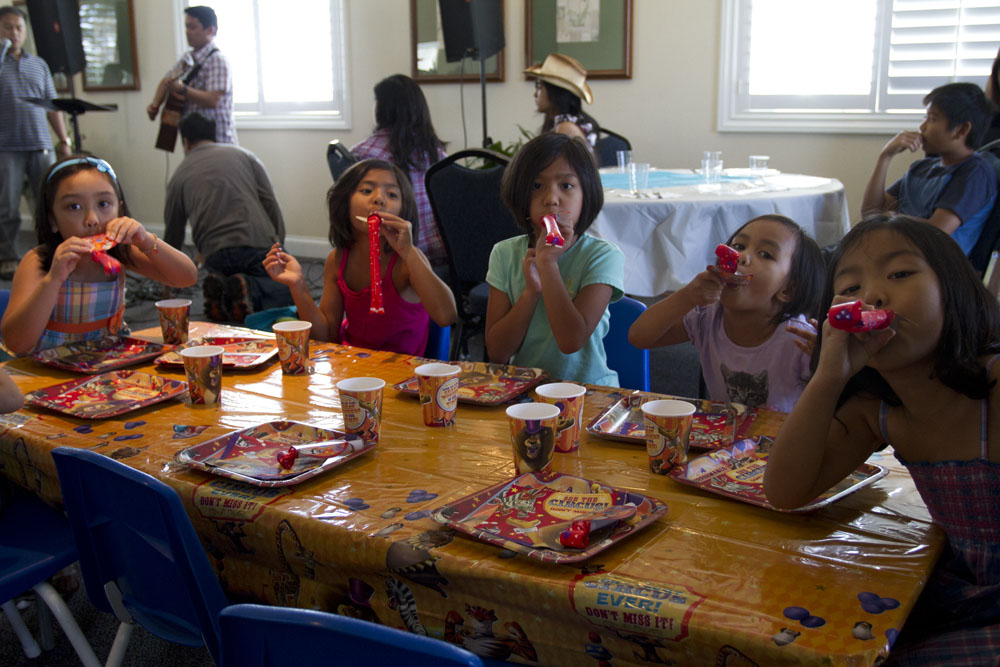 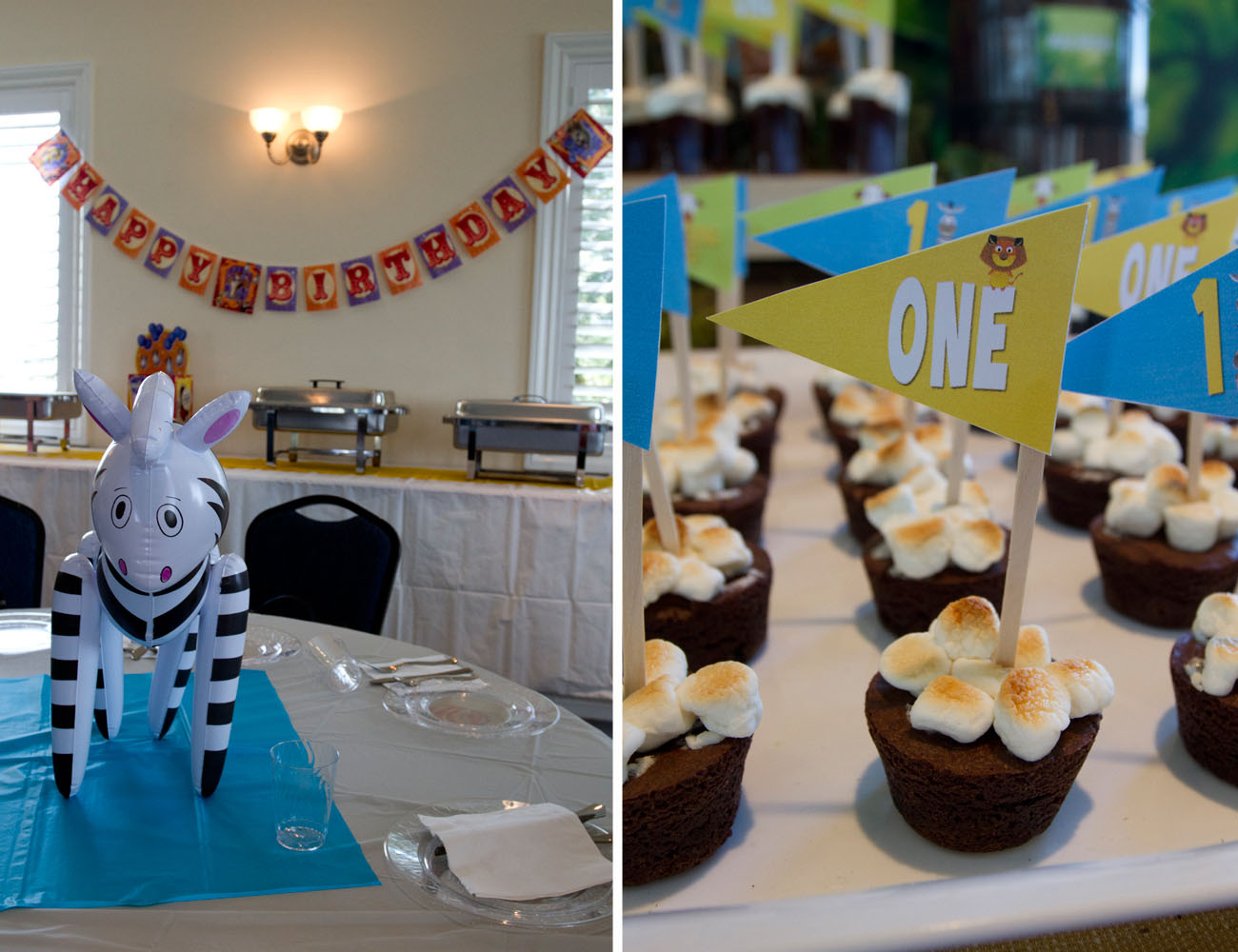 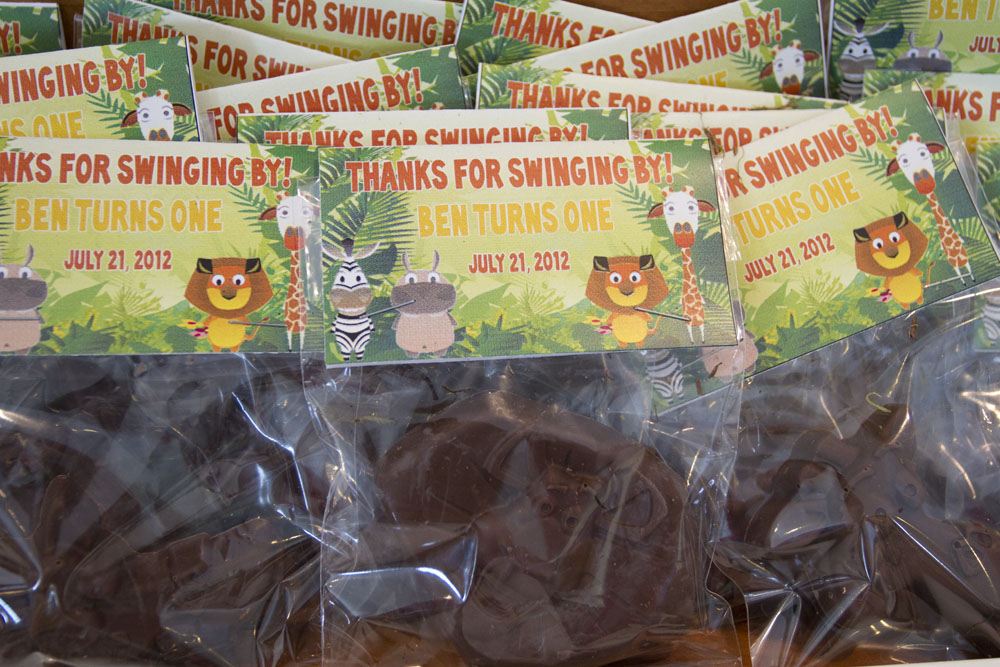 So much thought and preparation was put into throwing this awesome Madagascar jungle first birthday party. What a lucky little boy!

i love this one!!

Wow! I'm impressed! I found your blog after searching the web for my baby's upcoming first birthday. I pinned your Madagascar Jungle theme in Pinterest and so many repinned it! (I gave credit to your blog of course! ;)) Now, I'm considering Madagascar 3 and it's amazing that you also have a Circus theme! :)

Hi Lizabelle! I'm so grateful that you found my blog inspirational for you baby's first birthday party. Thank you for pinning my work and I hope you will continue to come back to the blog for all your party inspiration needs. =)

How did you create the pennants? And the labels for the favors? They are adorable!

Hello, very nice party. were did you buy the printable? I really love yours...

Hi,
I love the Madagascar theme party decoration, it looks amazing. I am planning this theme for my boys 1st birthday party in a month.
Where did you order the backdrop/banner and the small flags from?
Thanks so much

Leave a Reply to Lizabelle Cancel