Who doesn’t like Nutella or Ferrero Rocher? Combine the two and you have a dessert that is perfection!

To fulfill my craving and to add a chocolate dessert to my bestfriend’s 30th Birthday Backyard BBQ Surprise, I asked Abby of Piece of Cake if she could share a simplified version of her Mini Nutella Mousse Trifle for an amateur baker. Thankfully, she graciously obliged.

There are several parts to this recipe so I will breakdown the ingredients and instructions by section.

In a large bowl, whip together until peaks form.  Refrigerate until use.

Bake according to box instructions for cupcakes. Set aside and let cool.

Microwave for 1 minute and mix together.

In a large bowl, whip cream until stiff peaks are just about to form. Beat in vanilla and sugar until peaks form. Make sure not to over-beat, cream will then become lumpy and butter-like. 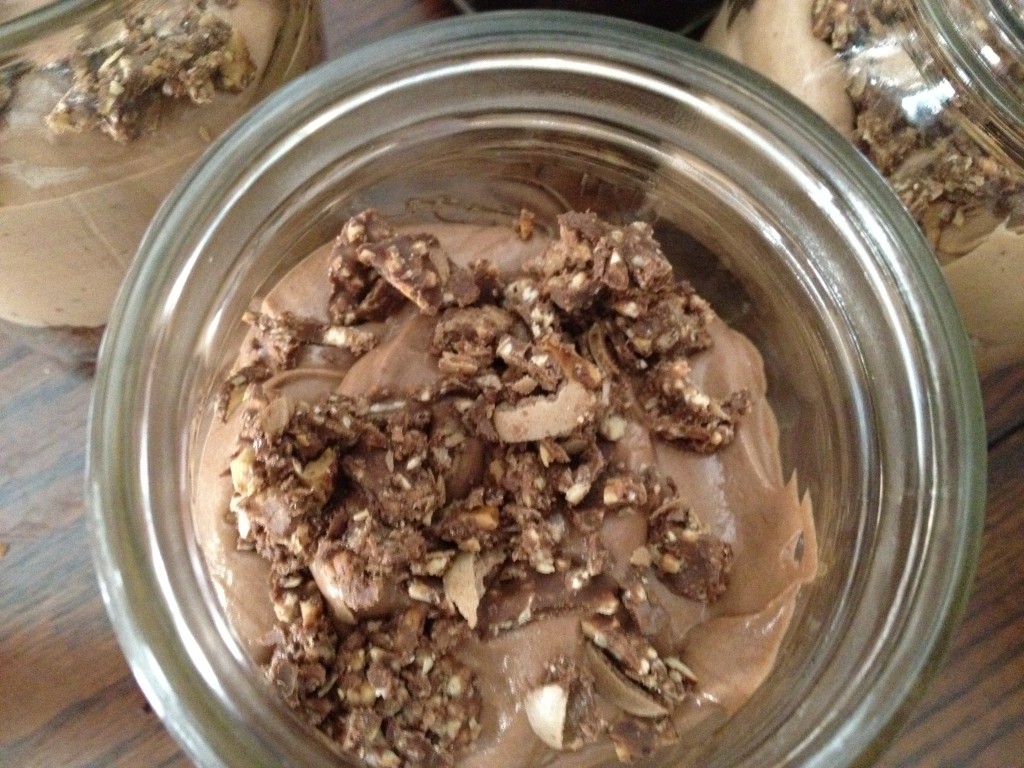 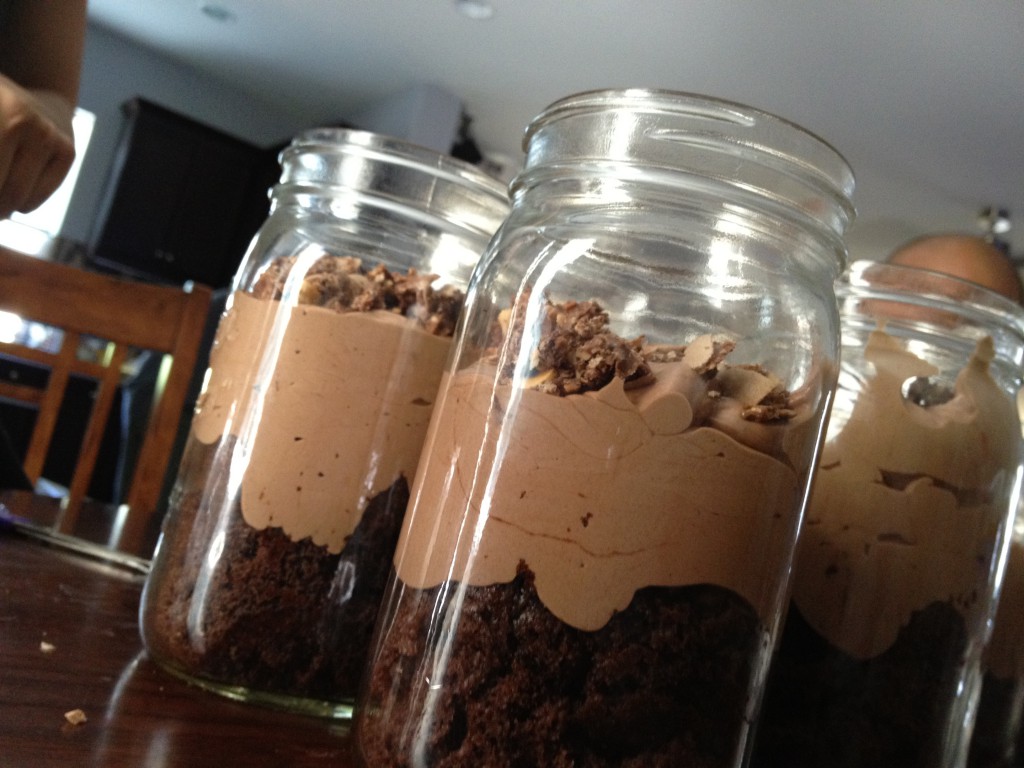 Tip:  Package the trifles in jars for a scrumptious gift or party favor. {note: photo is missing whipped cream topping}