My darling niece is a huge Tangled fan. We recently took her to the “Dare to Dream” Disney on Ice show which featured the Tangled story. She had been waiting to go since October, even picking out her outfit for the night. Unfortunately, on the day of the show she was feeling under the weather but this did not stop her from going!  She came and sat through the entire show without any complaints.  You ask her what part of the show was her favorite and she’ll say all the princesses! What a trooper.

For her birthday, I decided I would try to make her a Tangled Donut Tower. Let me make this clear, I leave all the dessert making to Abby of Piece of Cake. Since this dessert was a no bake dessert I thought why not give it a try. While the construction of the tower was pretty straightforward, the designing portion was the most daunting task.  I got inspiration from these blogs: Supermom Moments & Sweat Peas & Sassafras. After about an hour and a half of work, the tower was complete. As the birthday girl took her first glimpse of the tower, the look on the her face made it all worth it. 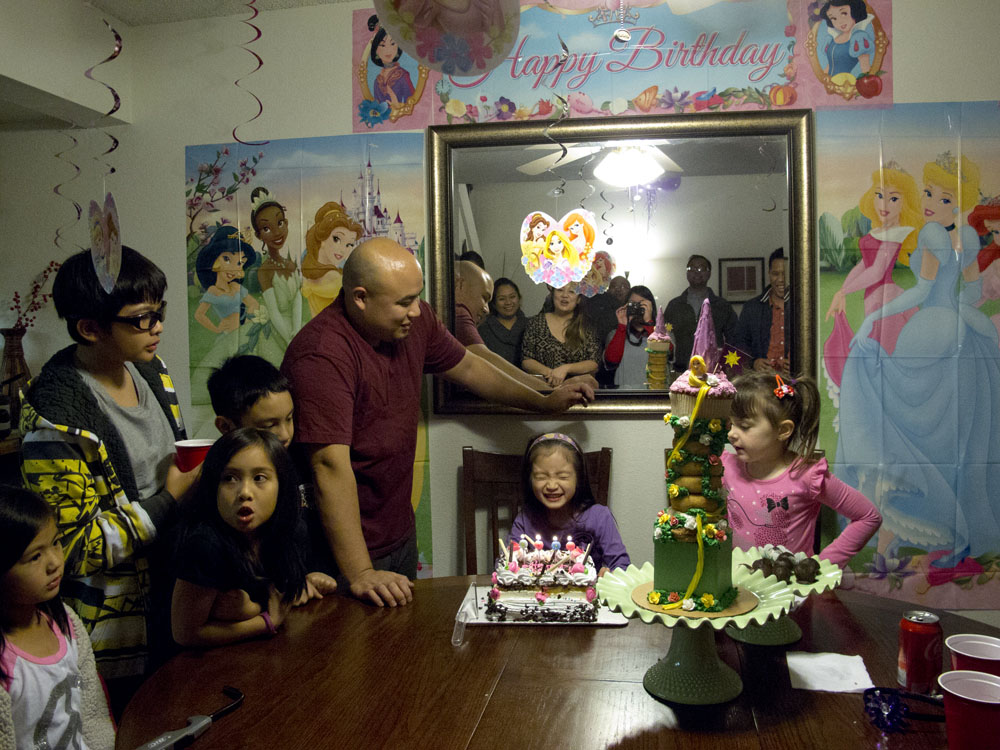 Here are the items I used in making the Donut Tower:

How I made my Tangled Donut Tower:

The trickiest part is always transporting any dessert. I held of putting the sugar cone on top until we arrived at the party. I used the dowel rods on top to help me support and keep the tower balanced as we drove to the house. I’m happy to say we made it in one piece! I hope you have as much fun as I did making the donut tower. Please share your own photos in the comments below. 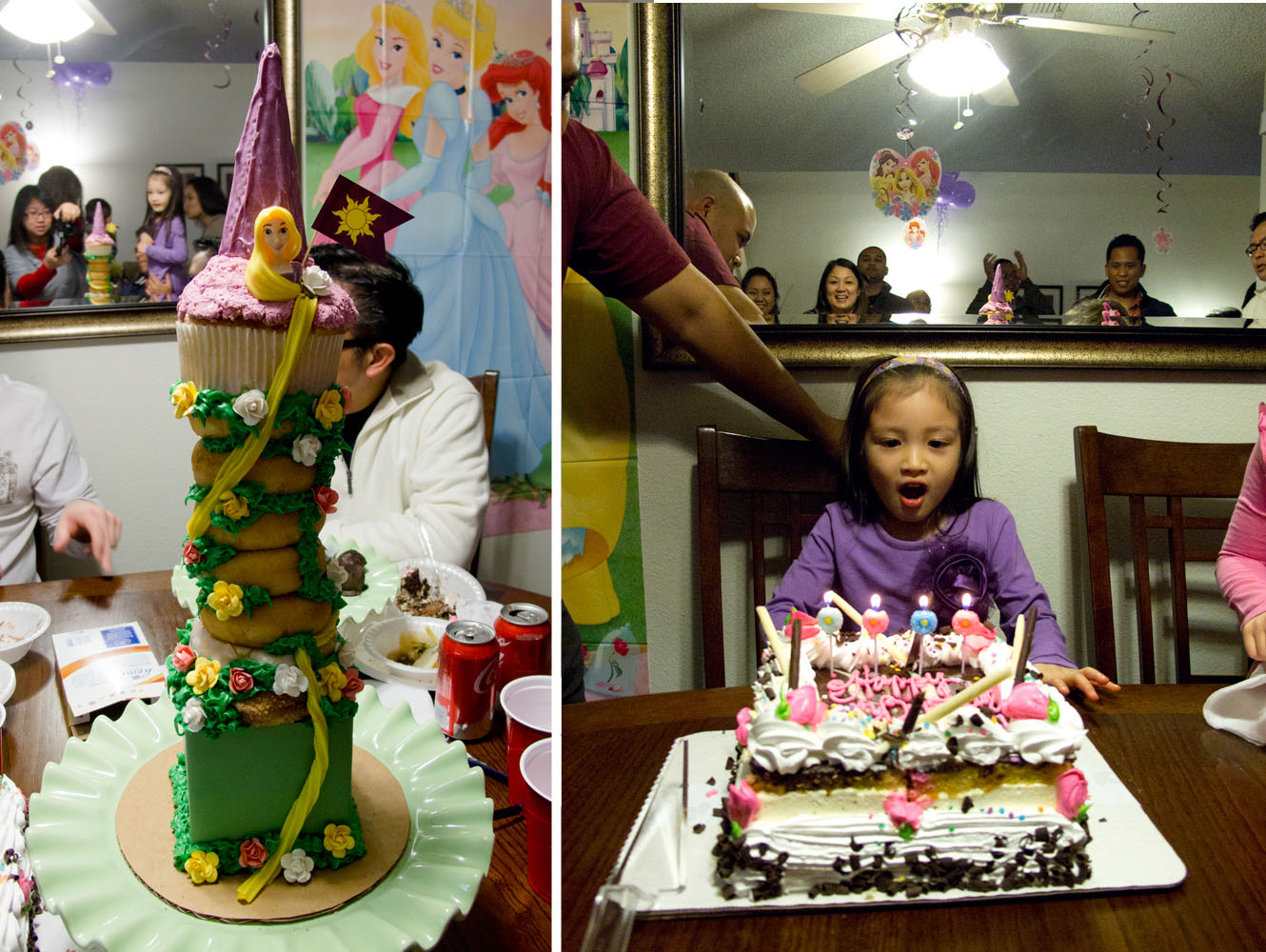 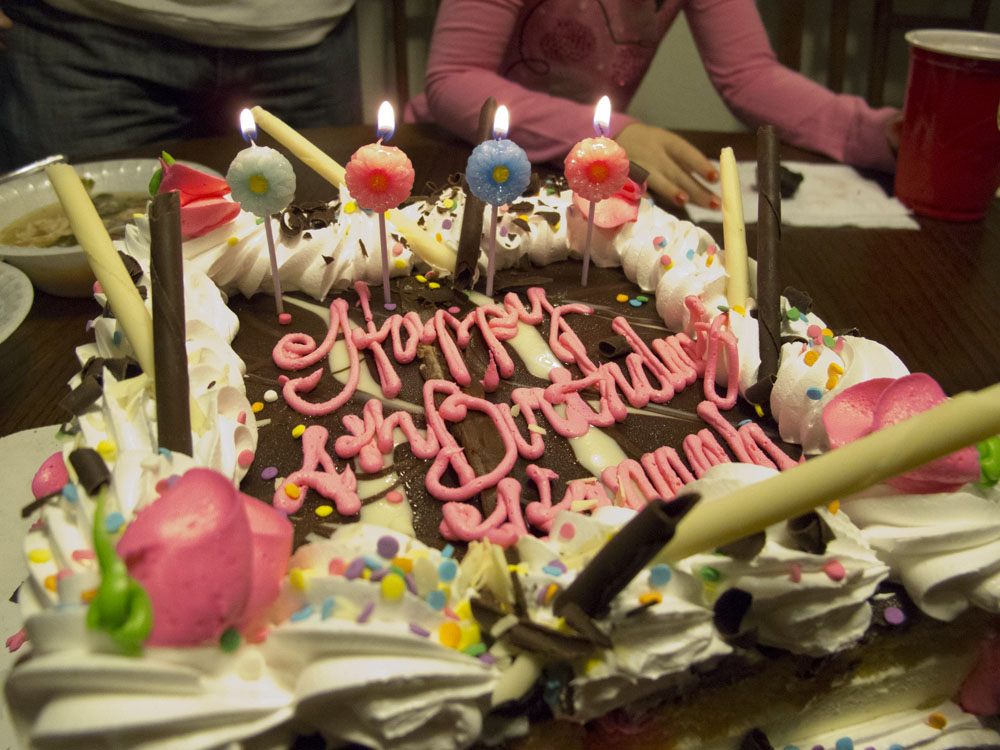 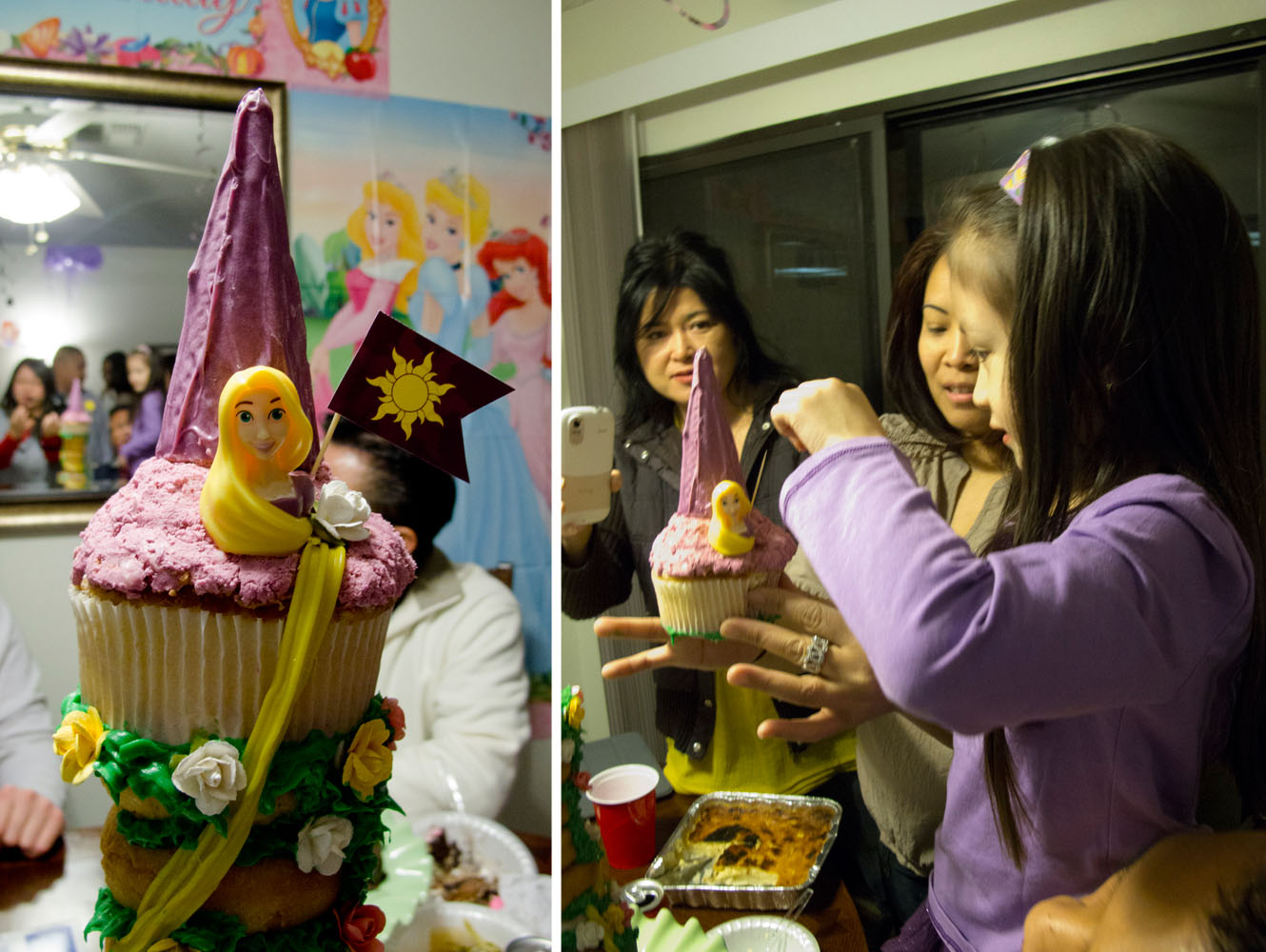 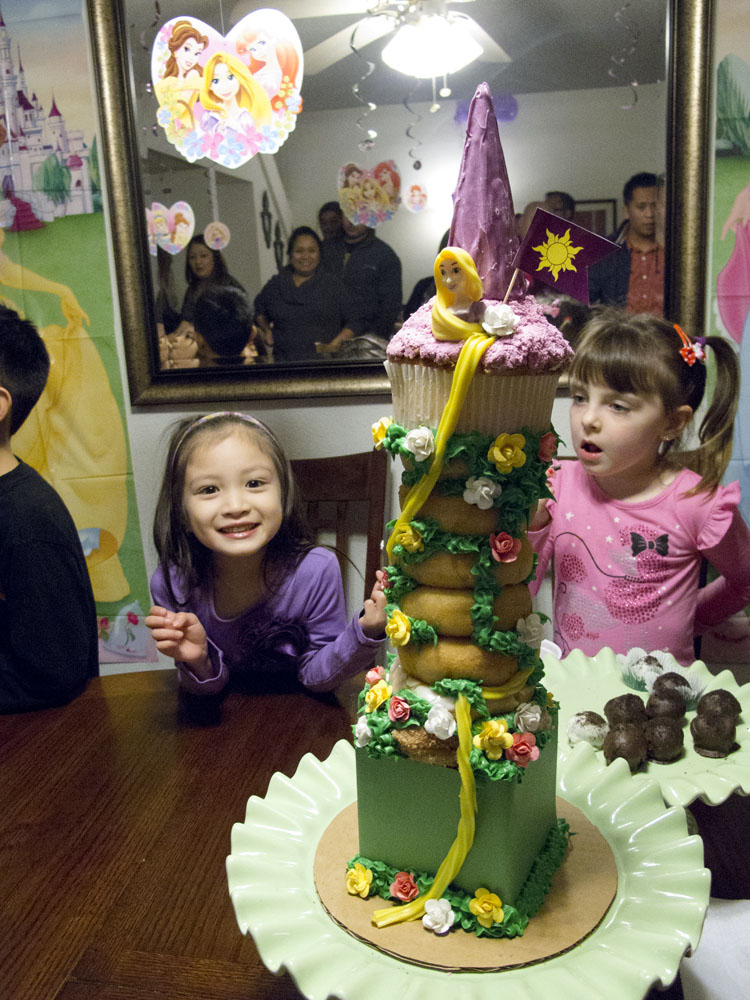